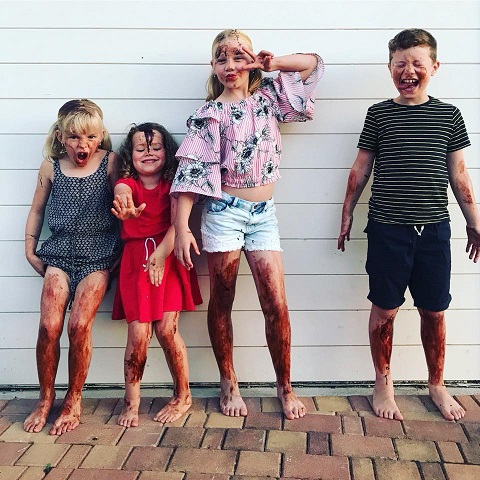 In a world where we don’t celebrate our differences enough, these interviews speak openly with families living with rare medical conditions or disabilities. The aim of the series is to raise awareness and show how living with such conditions affect the lives of those diagnosed and their families.

CRMO is a condition which is diagnosed through elimination as the side effects show up as other diseases. Only 1 in 1 million children are diagnosed with the condition so this process can be timeconsuming and terrifying, and getting the correct information and support can be incredibly difficult. However, Annabelle does not let it get her down and is popular, clever and funny. She loves to swim, ride her bike and do gymnastics and her family are so proud of how she has coped with all the challenges she has to face.

Tell us a bit about your family?

Our family is a blended family, there are 6 of us that live together, Anabelle is the eldest of the children. She has a biological younger sister, a step brother and a step sister. We have only just moved in together, prior to this she lived with myself and her sister for several years. Anabelle has contact with her Dad and his family on a 2 weekly basis, he is in the air force so has deployments and finds more contact difficult.

Anabelle loves Gymnastics- she does Acro Gymnastics every week, some weeks she can’t join in because her pains are to much. She loves to ride her bike and play with her siblings. Anabelle is a keen reader, she reads constantly! She absolutely loves to swim, this is her favourite thing to do and is good for her as it takes the weight off her skeleton.

Anabelle smiles constantly, even when she is in hospital (which is regularly) and when she is sore and aching she will laugh and smile. She is popular, clever and funny. She cares for people and never ever lets anyone or anything get her down.

Her resilience and determination to carry on is amazing and the amount of people that say she is incredible is untrue. She wants to be a nurse or a midwife when she is older, she says its because they’ve helped her so much that she wants to help the same. She would love to go to Disney World one day and the one thing at the moment she is asking to do is go to London, I will take her one day when I know that she can cope with the walking and I have the means to treat her like she deserves. Her love of theatre and dancing and performance needs that!She makes us all proud! 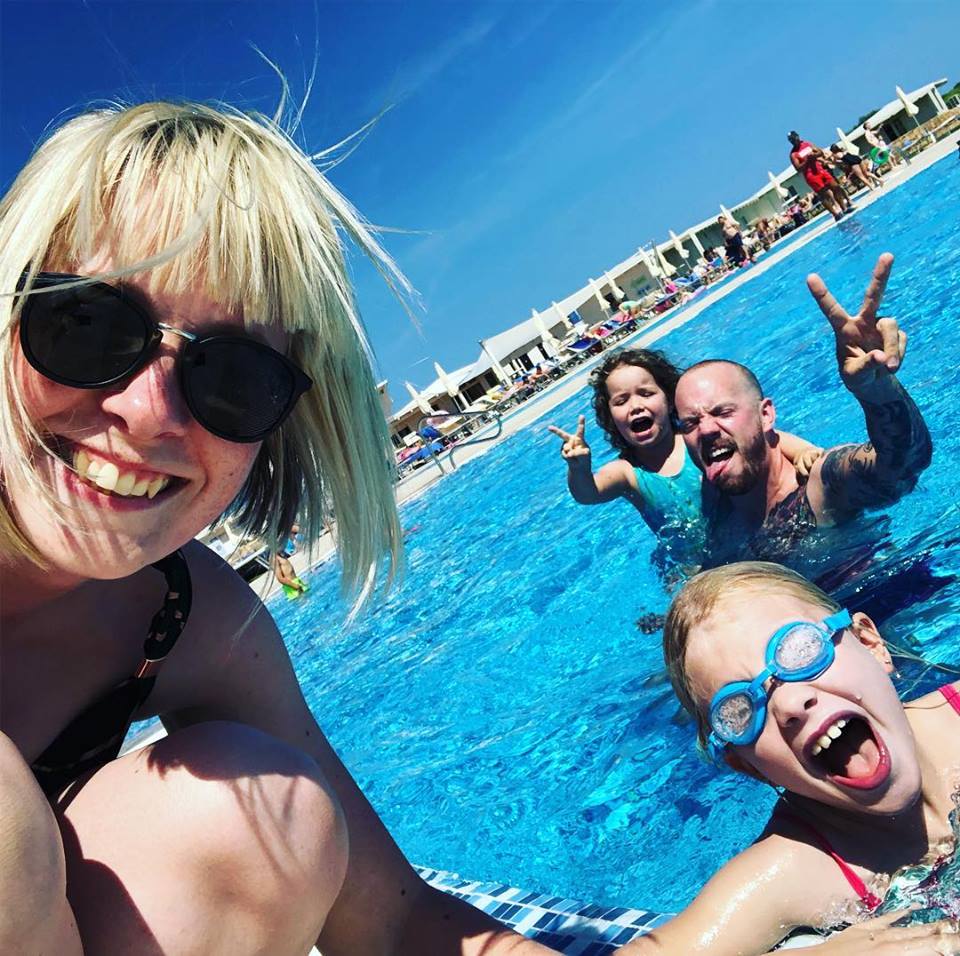 Please explain a bit about CRMO?

Anabelle has a condition that is called CRMO (Chronic Recurrent Multifocal Osteomyelitis.) It is a condition which is diagnosed through elimination as the side effects show up as other disease. Only 1 in 1 million children are diagnosed with the condition, a lot of these children are in America so lots of the support and information is American.

We are lucky to have such a fantastic Rheumatology team at our local Children’s Hospital in Manchester, their expertise has made life a little easier. There is also a world wide support group on Facebook which supports each other and does lots to raise awareness.

The best website to point to is here it tells you in easier to understand terms what the condition is and what it means.

What is your story?

Anabelle always had bad aches and pains but I just told her they were growing pains, every child gets them, it’s because you’re growing tall. In June 2017 we went on our first holiday abroad, Anabelle was just about to turn 8.

As I was putting sun cream on her she jumped in pain as I touched her collar bone. There was a golf ball sized lump. I had to carry on as if it was nothing.

When we got back I took her to the doctors and they referred us for a scan, The date for the scan was in July so we carried on as normal. By the end of June Anabelle was in agony, I got a call from school to say she was struggling, I went to collect her and she couldn’t lift her arm. I took her straight to A&E. They did an XRAY, we were immediately admitted to the children’s ward.

They did a CT scan and an MRI scan and then the doctor came to tell us he thought she had bone cancer, they referred us to the bone hospital in Birmingham and Anabelle had a bone biopsy. We then waited 10 days for the results.

The results came back and showed that it wasn’t cancerous but was an infection. Anabelle was admitted to the children’s hospital and a repeat biopsy was carried out because they didn’t know what bugs were causing it. They started 2 weeks of intravenous antibiotics to combat the infection- they didn’t work, Anabelle developed a reaction and became very poorly. She was sick, had a high temperature, got hives all over her body and had headaches which meant she couldn’t lift her head. She was in hospital for 5 weeks.

They did a full body MRI and discovered that she had 10 tumours, none of which were cancerous but they presented as cancer in the way they looked and behaved. Anabelle was diagnosed with CRMO. It is a life-long condition that gives the symptoms of arthritis, she has lesions in her skeleton, 13 in total, they make her bones brittle so she can’t do contact sport, she has aches and pains which mean she struggles to move some days, she has misshapen bones which mean that she has swellings. She is lethargic and she develops rashes easily.

The treatment so far has been anti-inflammatory medication, physiotherapy, occupational therapy, podiatry and a 3 monthly infusion over 3 days of a drug called promidronate. Anabelle can’t have any more Promidronate, she has to have a scan in a few weeks to see if it has worked. Last check she had new lesions, if she has she will need steroids which bring a whole different set of side effects and life changes. Anabelle tries to live a normal life of a 9-year-old but sometimes certain things are just beyond her reach.

This is a condition that can go into remission but flare ups can come at any time and last a few days, months or years.

Anabelle has adapted well, she does things and is slowly learning her limits. As her Mum this can be hard, I want to wrap her in cotton wool but I can’t.

We have to take things one day at a time, some days she needs to watch TV all day, other days we can go out on her bike. CRMO is a disease that is life limiting but not shortening. In July 2017 I thought she had cancer, the whole bottom dropped out of my world and it was awful to think, we as her family think she is one of the lucky ones, it could have been a whole lot worse! 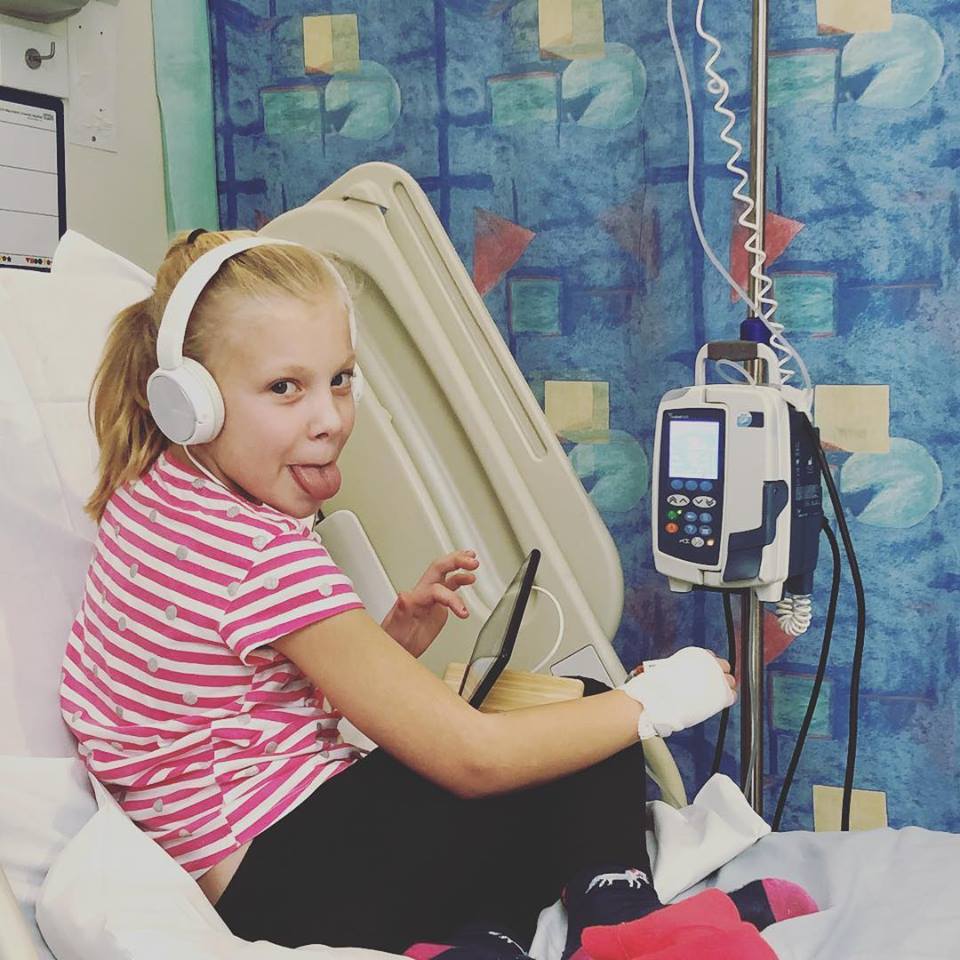 Chance Coaching is a not-for-profit organisation which provides 1-2-1 life coaching and emotional support to parents going through challenges. The profits and funding go towards helping families with children with additional needs and disabilities. For more information on what we do and how we help click here

Jenni works as an Award-Winning Mindset & Success Coach, teaching ambitious mums the mindset & method to scale their business, earn more from working less and get their time back.